In 1942, Warden Duffy at the San Quentin prison noticed that 80% of the prisoners released ended up back in prison and that alcohol was usually a contributing factor.

He was aware of a group called Alcoholics Anonymous who claimed recovery from this terrible disease, and invited them into San Quentin to hold meetings with the inmates.

After Warden Duffy invited the first AA members into San Quentin in 1942 it was very successful and a few years later an inmate was transferred to Folsom Prison to start AA meetings there.

We started to organize because of a problem that occurred with meetings we were taking out to San Quentin. The story is that two groups showed up take a meeting into the prison but the guard informed them they only had one meeting scheduled. The groups went out into the parking lot and had a fist fight!! They were informed by the guard that their behavior was not acceptable and if it ever happened again they would not be allowed to bring meetings into San Quentin. THIS IS WHY WE FORMED A COMMITTEE to schedule our meetings to be sure we didn’t duplicate meetings, or miss meetings.

Thus H&I was born and San Quentin Group #1 became the first group in the Hospital and Institution Committee.

We still go into that prison today, and they created this poster for us to show that even in prison, H&I and the message of Alcoholics Anonymous still works! 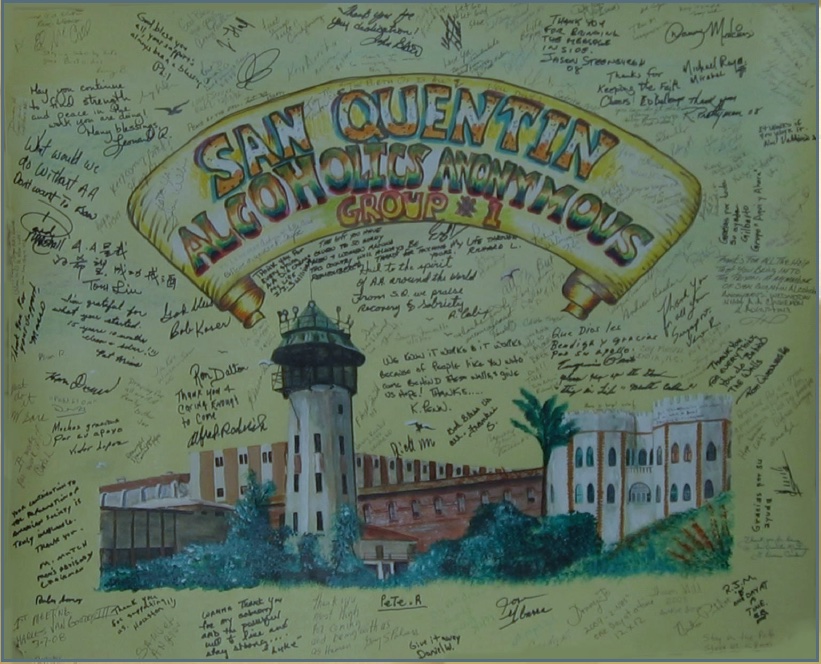